An interesting graphic from ABI research projects ongoing rapid growth in Wi-Fi in phones out to 2017, when the penetration will be approaching 100%. This doesn’t seem to be unrealistically fast to me, since the speed at which feature phones have been displaced by low-cost smartphones implies that by that time practically all phones will be smartphones, and since carriers are increasingly attracted to Wi-Fi for data offload from their cellular networks.

The graphic also shows rapid transition from 802.11n to 802.11ac starting next year. 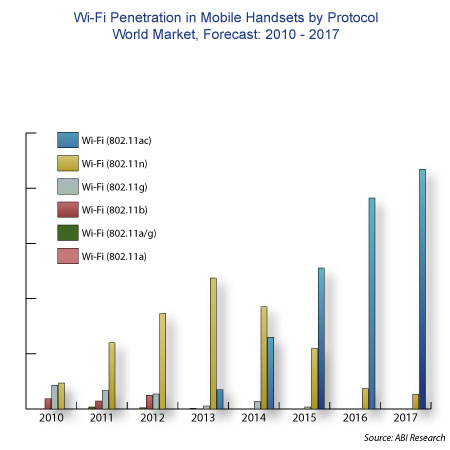